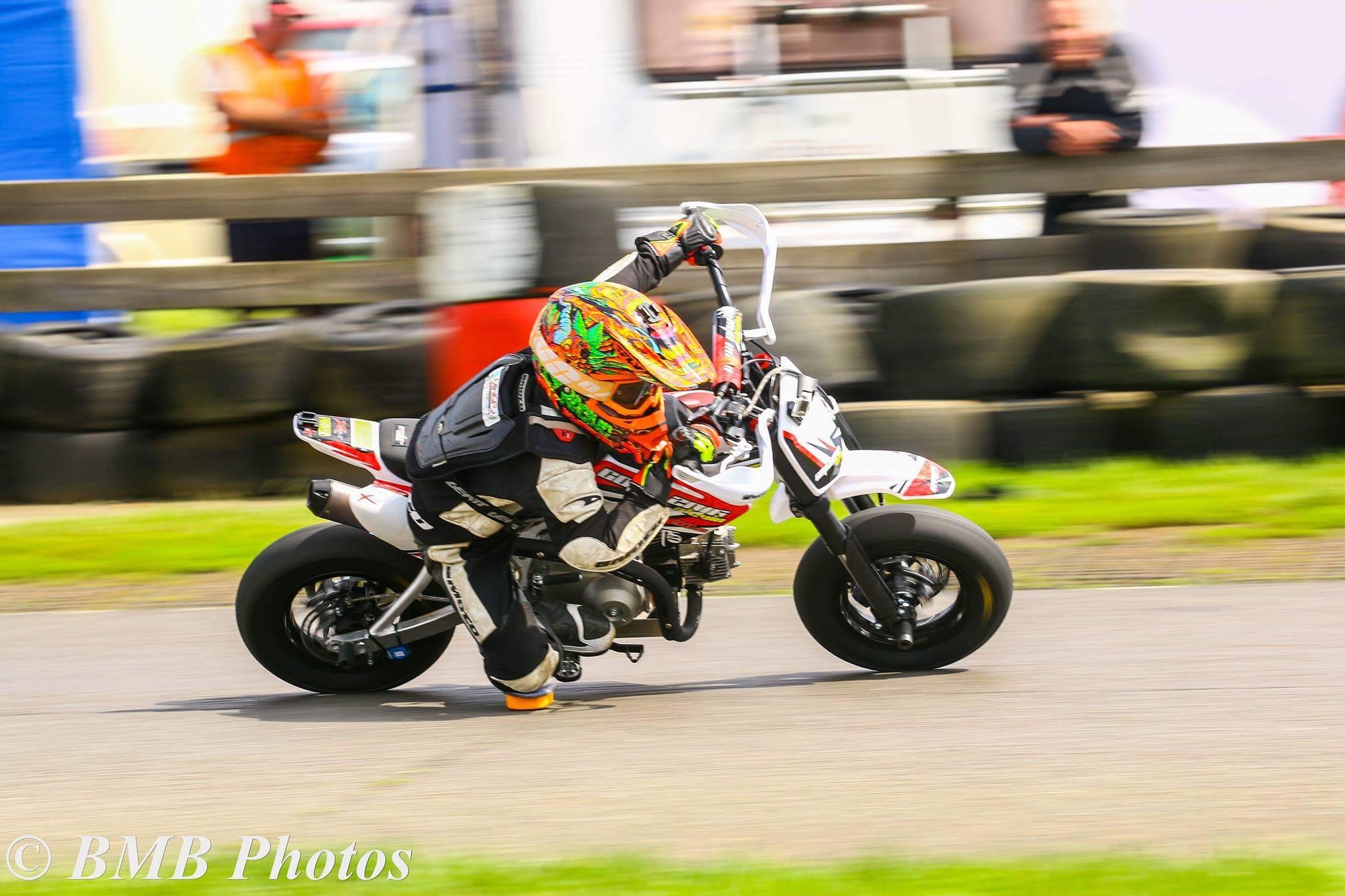 Julian Alessandro Correa (aka Jujumonster) was born in 2008 to parents Michael and Sasy Correa, both raised with a passion for motorcycles. Despite Julians quiet and shy demeanor, it was very clear that he was born with the same passion and love for motorcycles that his parents possess. Like the flip of a switch, once Julian puts on his helmet, he transforms from a timid boy into an intense rider and racer. Whether Julian is practicing or racing, he is always looking for the fastest line, the quickest way to overpass, and sets his sights on the next target in front of him. It was a no brainer recognizing this was a young rider that TST could proudly back in the 2017 racing season. 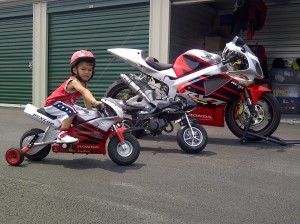 Julian’s first motorcycle was an electric powered Minimoto Honda RC51 replica that his father had in the garage, matching his 2004 Honda RC51 Nicky Hayden Edition. Julian started with training wheels on his motorcycle at the young age of two. As he began to master the bike and learn how to ride it without training wheels, he graduated to a Chinese Minimoto gas powered version. He began to push his limits on the bike and learned the hard lessons of the crash, but never stopped riding or getting back on. Every spare moment he had, he wanted to be on that bike. In 2013, his father took him to his first AMA pro race at New Jersey Motorsports Park and introduced him to NJ MiniGP. That is where the real journey began! 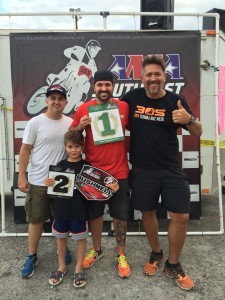 Julian participated in his first event on October of 2013, a couple of weeks before his 5th birthday. Riding his Honda CRF250, he put on quite a show. From the mouth of renowned racer Scott Stump, “He never touched the brakes, he was wide open the entire time!” That is his style on the race track. Julian participated in a handful of events there before returning to his home state of Florida. His father went searching for a similar platform in Florida so Julian could continue racing. They were introduced to AMA SouthEast Supermoto (AMA SESM), a Supermoto based race organization. Regardless of the fact that this organization had very few kids racing, they decided to join. During his first year racing in 2015, Julian took home the 2nd place overall championship in the kids class, despite only racing half of the season. Because second place wasn’t enough, he took home the overall championship in 2016 in the kids category. Being that the format was not the same as they were used to in NJ MiniGP, Julian’s father decided to bring down the amazing program that they were introduced to in New Jersey and created South Florida MINIGP (SFLMINIGP). They began to build the base of their program in 2016, providing track days and coaching days with a fleet of bikes to loan out to kids for their use. In Nov of 2016, SFLMINIGP purchased the minis format from AMA SESM and added the racing aspect to their culture. SFLMINIGP became the new minis racing organization in Florida.

Fast forward to the present, halfway through their season, Julian is leading the Arai Americas sponsored Spec50 class and the Spec110 class. SFLMINIGP held their first live racing event in May of 2017 from the Orlando Kart Center in Orlando, Florida. The Facebook live feed made it to the eyes of the largest Minis racing organization in England, the British Mini Bikes Championship. During that race, the spec110 class was paired with the Adult Stock100 class, and Julian had the challenge of starting at the back of the grid. Out of the 23 riders in the 10 lap race, Julian managed to battle his way up and finish 3rd overall on a spec110 Honda CRF110. So impressed with Julians run that day, the promoters from England offered him the opportunity of a lifetime: head to England and race in their Round 7 that August. Julian and his dad made the journey to England and raced that weekend. He was placed on a brand new 90cc Motard, riding on a brand new track, with racers he had never met before. What an experience! He managed to bring home an overall 3rd place for the Bambino 90 class. His lap time was only half a second behind the leaders. In addition to his racing accomplishments, Julian is also a big brother to Grayson (Age 3) and a very good student. He averages B’s and A’s in the classroom and has received many academic awards. He will be entering the 4th grade and is looking forward to the future challenges ahead. 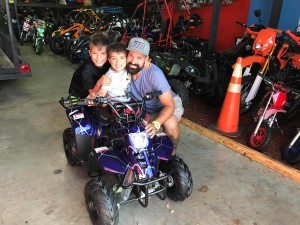