Kawasaki did an amazing job designing and engineering their “supernaked” Z lineup. Each model carries a unique yet unifying design theme that makes them recognizable at a glance. We took a special interest in the Z650 and Z900 for this project. Both bikes feature a punchy engine full of torque that makes them an absolute blast to ride, and we’ve had our fair share of you guys asking us to get our hands on them…so that’s exactly what we did. We started with the Z650, began to tear it apart and scan the OEM components. We released our Elite-1 Fender Eliminator and Closeout back in 2018 to help kick that bulky stock fender to the curb. In our design process, we confirmed what we already knew – the Z650 and Ninja 650 share a lot of components. In addition to that, we found that both bikes share a tail light with the Z900. Now, we love all three of those bikes and would happily rip them around on our Florida streets, but we knew that we could improve a few things and set our sights on the tail light. We wanted to make it something that added to the signature styling that Kawasaki had carefully cultivated instead of a “stand-out” design that detracts from the overall aesthetic. 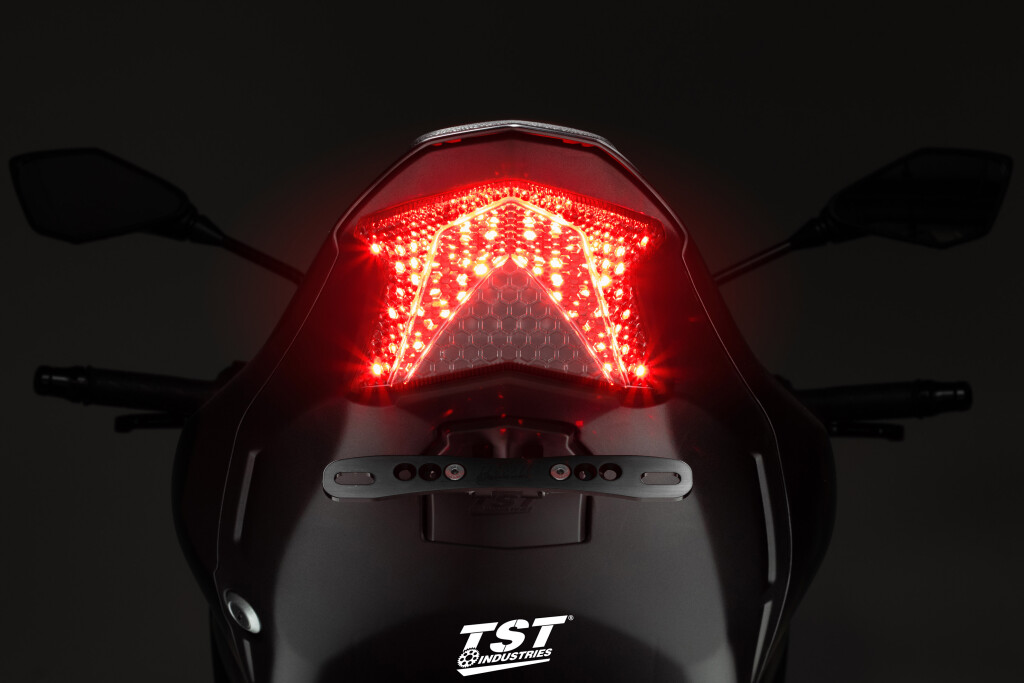 Our design and engineering team started working on a design that was drastically different than the OEM geometry. By adding angles and continuing the body lines, our team developed something unique, modern, and entirely complimentary of the Z lineup.

It’s not all about the shape of the lens, though. You gotta think about how light is going to pass through the lens, too. This is where they started to design the hexagonal and hexadome lens elements that are strategically placed on the lens. Each element works to maximize the light output potential while providing an unmistakable style.

Now that the lens was crafted, we had to tackle the guts of the light. We are known for producing some of the brightest aftermarket tail lights out there, but this is on another level. We crammed 100 high-power LEDs behind the lens that feature 9 programmable and sequential modes. We assigned 56 LEDs for dual running and brake mode, which stay at 80% during their running light stage and jump to 100% during braking. On top of that, we added 12 dedicated LEDs just for braking that fill in the previously unlit hexagonal section of the tail light. And since it’s an integrated tail light, meaning it has built-in signals, we added 32 dedicated amber LEDs for signaling.

Nobody wants to waste time in their garage cutting and splicing wires. There’s a lot of room for errors if you don’t know exactly what to do, and without the proper tools, you can get yourself into some trouble. Nobody here at TST likes doing it, so why would we make our customers do it? That’s why we took the extra time to produce our tail lights with OEM style connectors, ensuring the most complicated form of wiring you have to do is unplugging the stock light and plugging ours in. Easy as that.

We are extremely proud of this tail light and the way it came together. Everyone here at TST has put so much time, effort, and thought into each element of the tail light, and for us to see it on a customers bike puts huge smiles on our faces. We have a lot of motorcycles around the office and we all know how much blood and sweat goes into getting your build exactly the way you like it and the pride that comes with it, so we are honored any time a rider chooses us to be a part of that build process.

If you want to take a closer look at this tail light on the Z900, you can click HERE, or if you want to check it out on the Z650 / Ninja 650, click HERE. We try our best to put a bunch of pictures on there for everyone to drool over, so head on over and check those out. 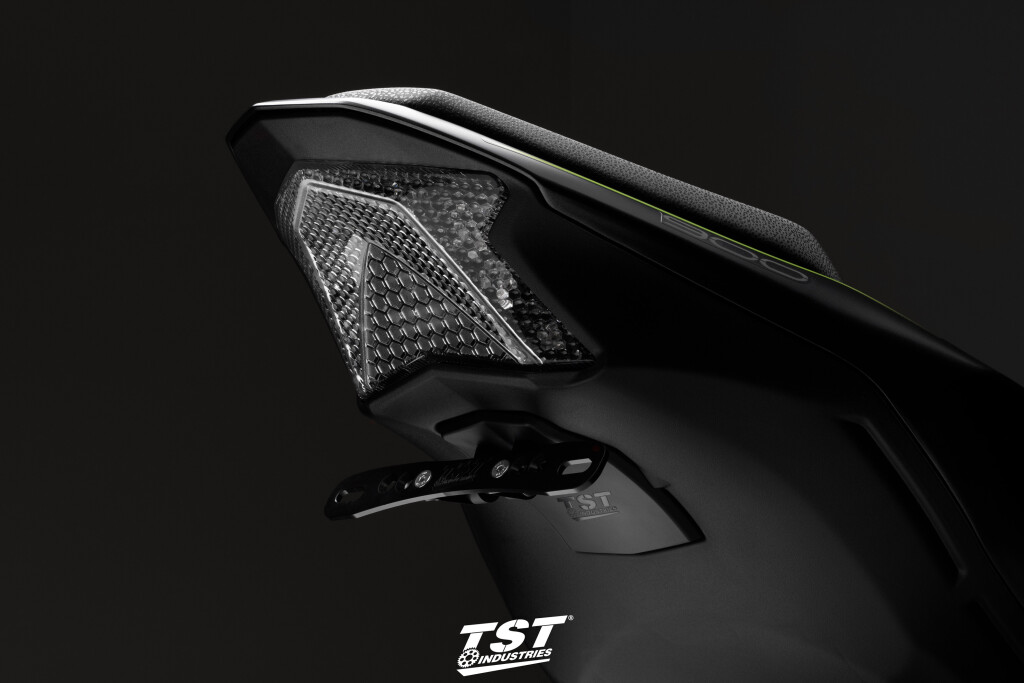